Burglar alarm systems are used to alert in the event of any situation that is a threat.  They are increasingly becoming popular not only private homes, offices, stores but have also become a standard equipment in warehouses, jewelry stores, museums and art galleries. There are several kinds of alarms including fire alarms, burglar alarms, indicator alarms, heat and smoke detectors. 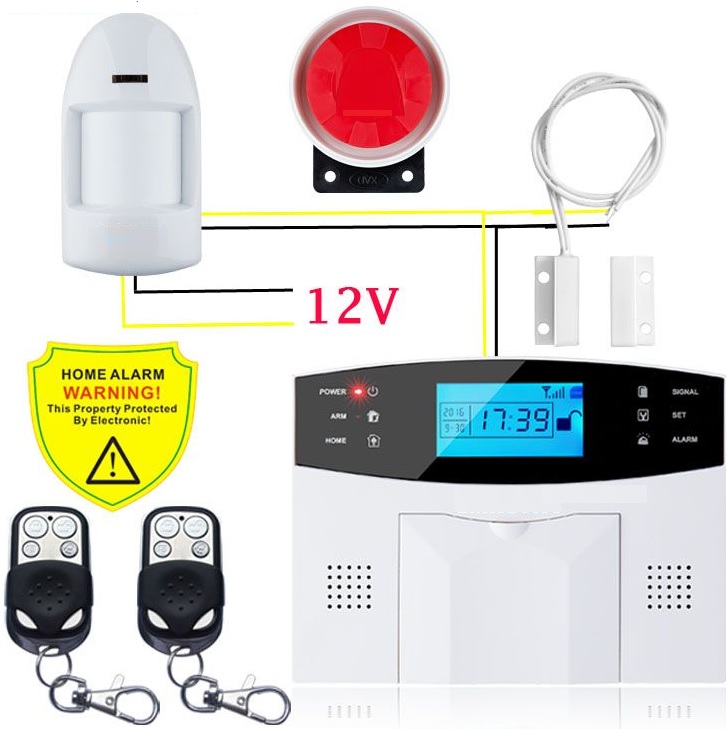 Detection Devices to detect if an intrusion has occurred. These contain sensors that senses movement and usually triggers an alarm. Sensors are the most important component of a burglar alarm system. Many types of motion sensors can sense motion in total darkness, without an intruder becoming aware that an alarm has been triggered. Passive Infrared sensor (PIR sensor) is most commonly used sensor that measures infrared (IR) light radiating from objects in its field of view. Apparent motion is detected when an infrared source with one temperature, such as a human, passes in front of an infrared source with another temperature, such as a wall. Other popular sensor technologies use ultrasonic waves, microwave and photobeam.

Control Panel to control the various states of the system

How to select the best option for a burglar alarm system

There are three main types of burglar alarm system. The best option depends on where the alarm is planned to be installed.